A turbo that can inhale a small child...

"...this was ordered just about 7 months ago and was sitting around a shop for 5 months to be used in development of some parts ... 5 months of sitting around and no work done so here it finally is in my possession. The turbo is an FP HTA82 ... aka FP's version of the GTX3582. As you can see I opted for the Tial .82AR turbine housing. I actually had to pay more than I originally agreed to so that this Tial housing could be rushed out of back order ... little did I know the turbo would sit around doing nothing for 5 months. For people who don't know how big a 35R is, I felt the NOS can would be a good size reference. I am pretty excited to get this thing spinning and see what it can do, it should move plenty of air for what I want to do..." -BME_Pat from his IWSTI journal

We're excited to have this, to say the least. Even with the setbacks, we're confident that the build will turn out being even greater than previously planned. We're going to try and do something that not many people have done with the GR. Hell, maybe a BME low mount turbo kit could be released as a result.

*NOS Energy Drink was only used for size reference, in no way is BME affiliated with, or claiming to be affiliated with NOS Energy Drinks. Although, NOS, if you're reading this, we wouldn't mind a drink sponsorship ;) We could use the caffeine with the long nights that we have ahead of us! 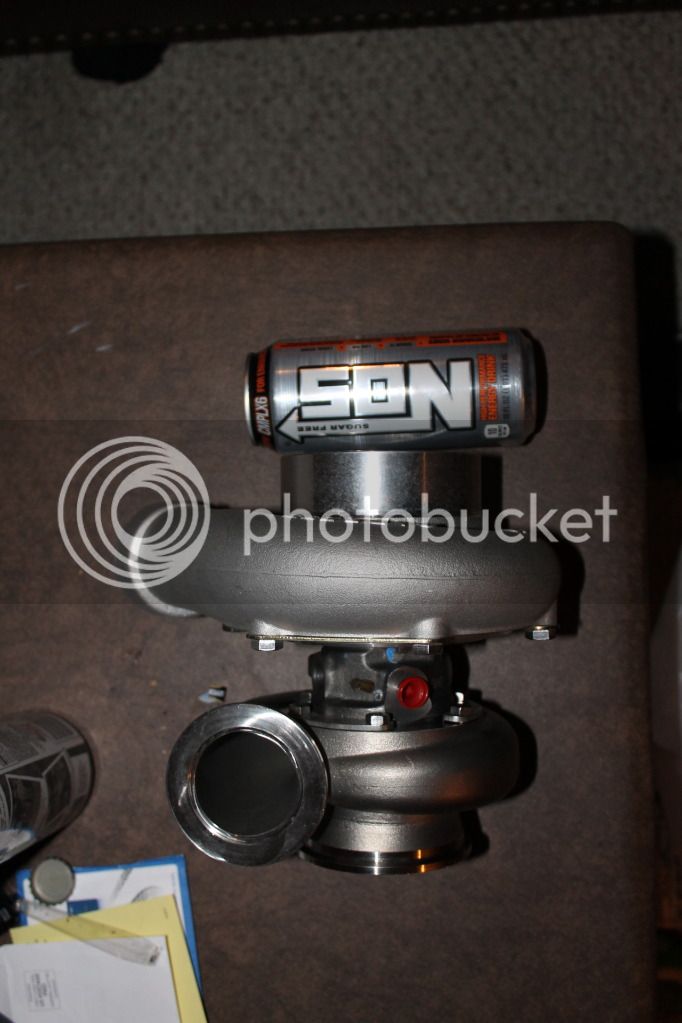